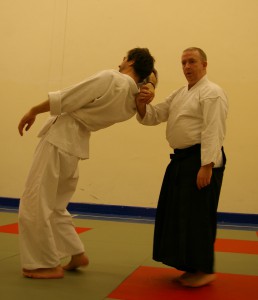 Donal’s martial arts career began many years ago, shrouded in the mists of time, when, as a toddler, he tried to emulate the feats of Joe Jitsu from the Dick Tracy cartoons and Kwai Chang Caine, from the Kung Fu TV series.

His formal martial arts education started at age 14 when he trained in Wado-Ryu Karate and Mugendo Kick Boxing with Desy Murphy, competing in various semi-contact tournaments throughout Ireland. 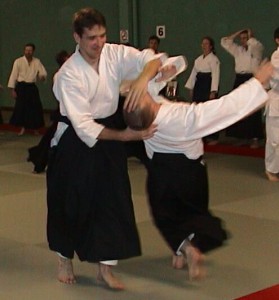 He began training in aikido in 1996 at the Queen’s University Tomiki Aikido Club, who were kind enough to share their mat space with the fledgling Belfast Aikido Circle. Soon afterwards, Belfast Aikido Circle moved their practice to Stranmillis College and Donal, unencumbered by family commitments, was soon practising both styles, training 4 times per week (along with weight training!).

Donal started teaching aikido as a 1st Kyu in 2000, grading to Shodan in 2001 and Nidan in 2005 under Alan Ruddock. He also taught Chen style Taijiquan for several years.

Inspired by Jet Li in the movie Kiss of the Dragon, Donal qualified as an acupuncturist in 2005, and spent some time working at a hospital in Nanjing. He occasionally demonstrates how pressure points can be used along with aikido, and claims to be Belfast’s leading exponent of the Five Point Palm Exploding Heart technique. 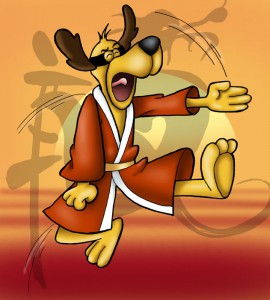 Donal’s teaching draws on the wisdom of some of the most celebrated fictional martial artists, such as Hong Kong Phooey, Mr Miyagi, Po the Kung Fu Panda, Yoda, Master Splinter, and Master Ken, along with stuff he actually learned from real people. 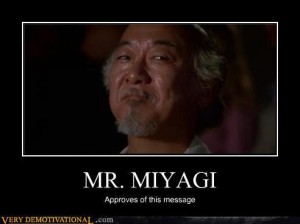 One thought on “Donal Campbell”